Alex Conde
Lights Off
Some mistakes can be apologized for with a Hallmark card. Then there are the colossal failures… wrongs that stem not merely from an oversight or single lapse of judgment, but are perpetuated over generations, and have a lasting impact on communities, and entire cultures. Hallmark doesn’t sell a card for those.

To paraphrase George Santayana, when we do not remember or learn from our past, we are condemned to repeat it. What might be truly alarming about the residential school system issue in Canada is that most Canadians don’t understand the real scope and impact of what really happened, or how this legacy carries irrevocable effects felt to this day.

In the 1880’s, believing that they were responsible for the aboriginal population of Canada, the Canadian government built a system of boarding schools in an attempt to educate First Nations, Métis, and Inuit children, aged 4-16. While some people honestly felt the best chance for these kids’ future was through indoctrination and assimilation, it was a pretty bad plan from the start. 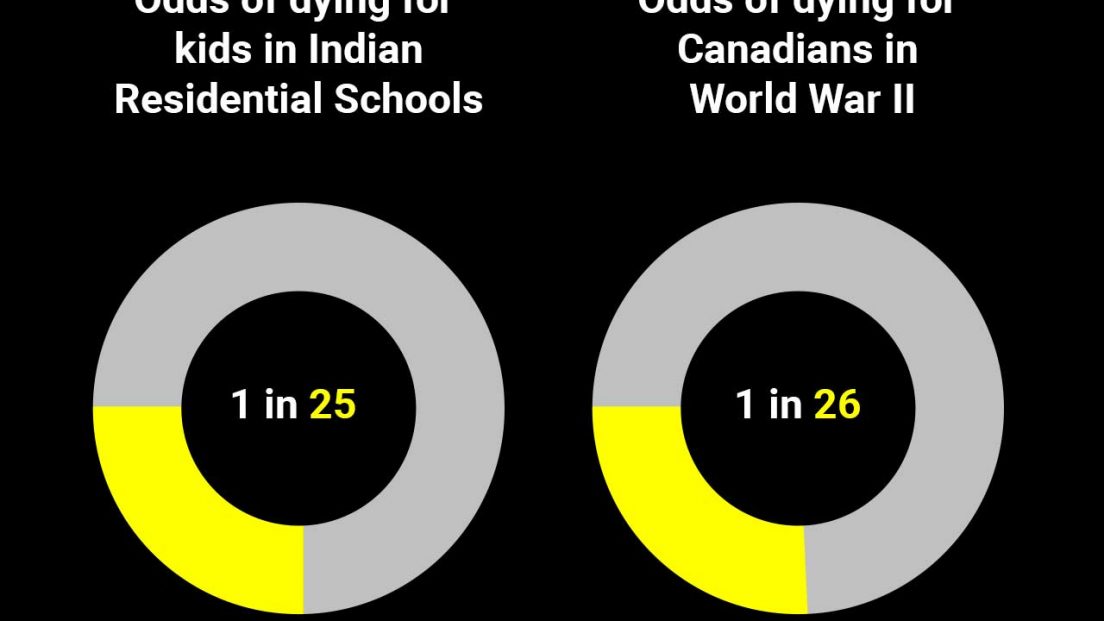 The entire system was built on the idea that European/Canadian culture was far superior to that of the “uncivilized Indian”, and that the best opportunity for aboriginal children to improve their lives was through adopting Canadian culture, the Christian religion, and English or French language.

Control of the schools was given over to religious organizations and attendance at residential school was made mandatory in amendments to the Indian Act.

Regardless of whether or not intentions were good, the historic trauma created by these schools led the Government of Canada to officially apologize for residential schools in 2008:

“Two primary objectives of the residential school system were to remove and isolate children from the influence of their homes, families, traditions and cultures, and to assimilate them into the dominant culture. These objectives were based on the assumption Aboriginal cultures and spiritual beliefs were inferior and unequal. Indeed, some sought, as it was infamously said, “to kill the Indian in the child.” Today, we recognize that this policy of assimilation was wrong, has caused great harm, and has no place in our country.”

Typically, when many people hear the term boarding school, an image of a high class and prestigious (snooty) private institute comes to mind.  The institutions we are talking about were anything but.

You may recall that in 2014, Ontario and British Columbia instituted full-day classes for both junior and senior kindergarten. Imagine, instead of sending your 4-year-old to school for 6 hours a day (or more if you opt for after-school-care), the government taking that same child, and shipping them off to a remote part of the country for 10 to 12 months at a time. They are forbidden to speak their language, or else they are punished. Boys and girls are separated, even if they are siblings.

Approximately 1,300 aboriginal people (mostly children) at residential schools were deliberately malnourished as part of an experiment on vitamin supplements in the 1940s and 50s—all with the knowledge and approval of the Government of Canada at the time.

An alarming number of students were subject to or witnessed physical and sexual abuse while at the residential schools, both by staff and fellow students. Psychological abuse was par for the course, and corporal punishment was common. Actual education was underfunded and marginal at best, while dormitories became breeding grounds for diseases such as tuberculosis.

Let’s put this into perspective: the maximum capacity of a typical yellow school bus is 72 passengers. 6,000 children would fill over 83 full school buses. The sad truth is we may never know the exact number of children who died or where they are buried.

This means that Star Wars episodes 4, 5, and 6, Canada’s 125th birthday, the birth of Drake, and Justin Bieber, all happened while the residential school system was in place.

The legacy of residential schools is still a modern issue for Canadians. In the 2011 census, there were 1.4 million Canadians listed of aboriginal descent. Over 100,000 people applied for payments under the Indian Residential Schools Settlement Agreement, meaning that almost 10% of Canada’s native population attended and were directly impacted by residential schools—and that impact has also carried over to their children and grandchildren.

The Truth and Reconciliation Commission (TRC), a group given the difficult mission of investigating and reporting on the impact of residential schools, gave their final report in December of 2015 after five years of investigation. It seems that we are now ready to face the truth of our past as a nation, and take steps together, to ensure that this kind of cultural genocide is never repeated.