Amber Healy
Lights Off
The old photos of crosses burning on the lawns of African American families throughout the United States in the 1900s are terrifying. What could be more horrific than looking out your windows to see a symbol of deathly hate and bigotry?

Thanks to segregation laws, money brought into Greenwood stayed in Greenwood, allowing African-Americans who lived there to reinvest in their community and create a higher standard of living than their White neighbours. 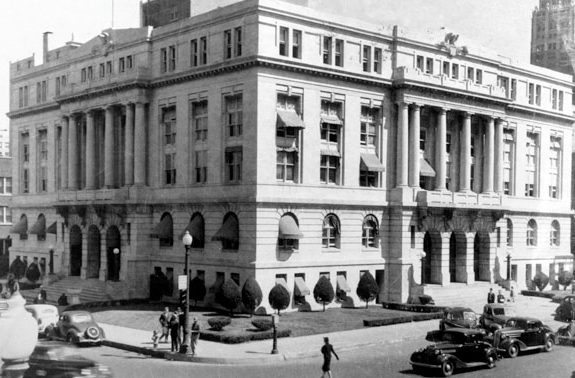 For the residents of Greenwood, Oklahoma, in 1921, that’s exactly what happened. Their entire city was burned to the ground in one of the largest demonstrations of racially-motivated hatred in US history, killing up to 300 people and rendering another 9,000 homeless.

All because the residents of the town were prosperous, happy and becoming, for all intents and purposes, equal to their white counterparts. That was more than enough, apparently.

The town was known, locally and affectionately, as “Black Wall Street,” according to multiple reports, because of the noted prosperity enjoyed but the residents. Its wealth was the result of an oil boom in nearby Tulsa, which was, at the time and like so many other cities across the country, incredibly segregated.

The African-Americans who moved there to work in and around the oil fields settled into the northern section of Tulsa and set about creating a real community for themselves, complete with a business center, banks, hotels, theaters, stores, cafes and neighbourhoods. They also built and supported schools for their children complete with indoor plumbing, something that was not found in nearby schools for white children.

Also known as “Little Africa,” the northeastern side of Tulsa also was divided from the rest of the city by strict segregation laws: Citizens of either race were prohibited from living in a community where the population was 75% or greater of the other race (ie. an African-American family couldn’t live in a home where 75% of the population of the neighbourhood was Caucasian).

Living in Greenwood meant shopping and going out in Greenwood, so the residents there were literally pouring money back into the betterment of their own world, making it an enticing place to live. By 1920-1921, Greenwood had a population of more than 10,000 people, supporting not only their businesses but two newspapers.

Imagine now, for a moment, growing up in view of a prosperous community where people are happy, have spending money and indoor toilets, while you, a White southern worker, had to use an outhouse and send your children to an inferior school. If you had any racial hatred in your heart, this would drive you to madness. Or arson. Or both.

Racism, civil unrest and the KKK

Remember that after the US Civil War, Jim Crow laws were enacted to prevent African-Americans from enjoying the full benefits and protections of the law. As happened in other cities throughout the 1900s, African-American men were accused of terrible crimes against Whites, and especially White women, but could not defend themselves with the same power as their accusers.

And where there’s racism and unrest brewing, there’s a large Ku Klux Klan population – it’s estimated there were 2,000 Klansmen in Tulsa at the time Greenwood went up in flames.

Eventually, as White residents of Tulsa saw their African-American neighbours living more successful lives while they struggled, the tension grew and grew.

It’s believed the incident that proved too much for White residents near Greenwood was an interaction between Dick Rowland, an African-American man who worked as a shoe shiner, and Sarah Page, a White woman who operated an elevator at the Drexel Building in Tulsa.

There was a scream and witnesses claimed to see Rowland running from the building a short time later on the afternoon of May 30, 1921. If the rumours that circulated after the fires are true, the two might have been lovers, which would have been illegal for both of them at the time.

As happened so many other times, it was quickly determined that Rowland must’ve assaulted or attacked Page, something she denied when questioned by police. Police took Rowland into custody, allegedly for his own safety, as word began to spread around town about the mysterious incident.

By nightfall, hundreds of people had gathered by the courthouse where Rowland was in custody, many of them carrying guns and torches. As fear of a lynching circulated through Greenwood, WWI veterans and enlisted men went home and got their own guns and ammunition. Some even offered to help the local sheriff defend Rowland, an offer he declined.

On the evening of May 31 and into the following day, June 1, 1921, Greenwood burned. According to multiple accounts, nearly every business in Greenwood was torched and destroyed. Libraries, hospitals, schools, everything, gone.

Local law enforcement reportedly firebombed other buildings, ostensibly to prevent a “Negro uprising.” But that wasn’t enough: Of the 10,000 adults who lived in Greenwood, 6,000 were arrested during the 16-hour ordeal; 1,256 homes were razed, leaving 9,000 people homeless. The financial damage, in today’s dollars, was equal to $30 million.

It was reported at the time that White men who were deputized by the local police departments flat-out killed Greenwood residents while torching the town; some of those arrested were held until their employment could be verified by a White person or a White person vouched for their decency.

Greenwood picks itself back up

The residents tried to rebuild after many spent the rest of 1921 living in tents. Within five years, Greenwood was back on its feet and playing an important role in Oklahoma’s growing jazz scene.

But as time marched on, segregation laws faltered and other economic opportunities grew in other towns, Greenwood’s population fell. By the 1970s, what remained of the downtown area of Greenwood that had been recreated on the ashes of the old city were eliminated in favour of a highway ramp.

For decades, there was no mention of this ugly incident in Oklahoma history books. The Greenwood Cultural Center, dedicated in October 1995, features a gallery of African-American art and tells the city’s history.