What would you do if you couldn’t trust your doctor? The medical profession wasn’t always trusted as it is today, and with good reason.

Have you ever had a scalding hot fart that went in, instead of out? We haven’t either, but it used to be a real treatment. We’re not just blowing smoke out our asses, either.

Tobacco was imported from the New World as a medical ingredient—a far cry from the hazardous health messages of today’s smoking industry. You would have normally heard of one for treating abdominal pain, bringing near-drowned victims back from the brink, and easing the pains associated with hernias.

We’re not sure if that’s better or worse than a regular enema, but no one on staff is old enough to make that call. (Source: British Columbia Medical Journal)

2. Sitting in a Dead Whale to Cure Rheumatoid Arthritis 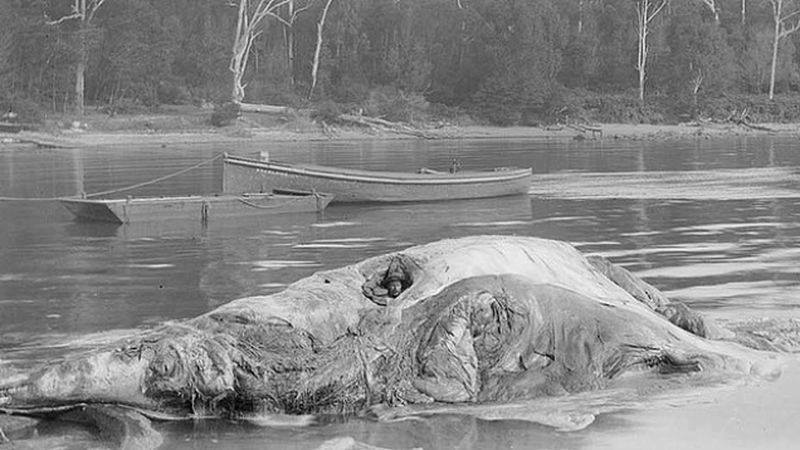 Feeling sore joints as you age? Who knew that sitting in a whale carcass could help with that. Well, it can’t, as it turns out. But the photos are hilarious.

The practice reportedly came from an incident in which a drunk Australian man fell into a whale carcass, somehow—we’re not sure how he found it, to be honest—and claimed to have no more joint pains after emerging.

Banking on the chance that the combination of sleep and alcohol as a coincidental factor for the numbing of the pain, a local paper published the story as a new cure for rheumatism in 1896. Yes, 1896. That’s less than 20 years before the First World War broke out. (Source: BBC News)

Back when Ancient Greece was still a thing, humoral medicine was the prevailing theory in the medical field. To be fair, entering the medical field was never considered a crowning achievement until the 20th century, either.

The idea goes that the body contains four elements, and blood was one of them—produced from the liver, which is also wrong. Illnesses were thought to live in that blood, and the blood would drain from the body, illnesses with it. That was the theory, but it was disproven and phased out in the 1850s.

We say that bloodletting is no longer performed in the sense that it’s no longer credible, but some parts of the world continue to practice it anyway. (Source: National Geographic)

“Hysteria” itself is a sexist label slapped onto… well, it’s vague, which is why medical professionals don’t take it seriously anymore. It didn’t matter what it was to the patriarchy of two centuries past. 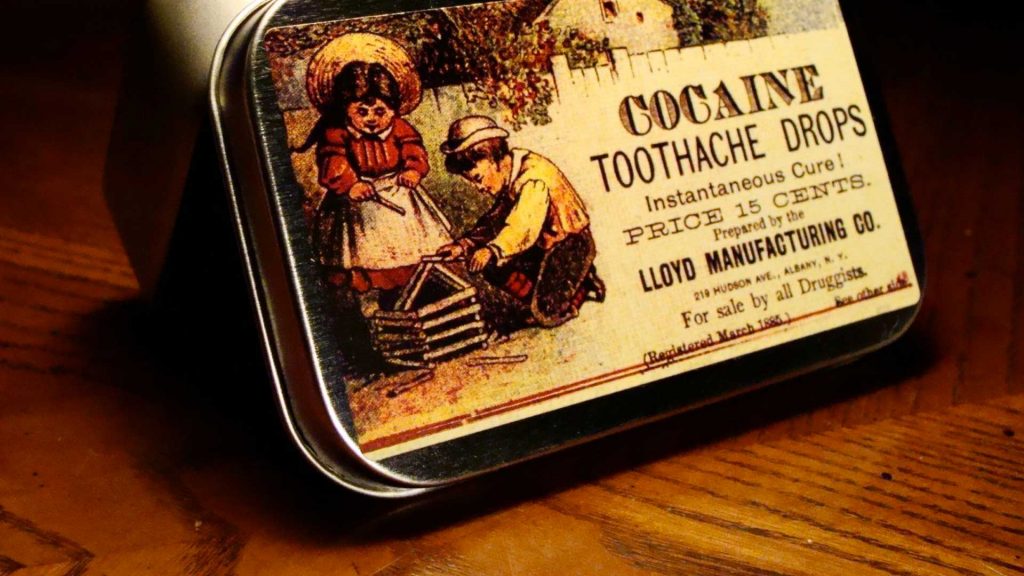 Ever wondered how “Coca-Cola” got its name? Anyone can make a cola, but its addictive nature wasn’t just from the sugar. Don’t worry—they stopped lacing it with illicit substances in 1929. You’re safe.

Cocaine was once used as a cure-all for painful symptoms, like toothaches. They even gave cocaine to kids. Even non-experts realize the difference between treating the symptom and the root cause of a condition, cocaine tooth drops emerged before doctors had become professional rock stars.

Some of those 19th-century kids probably could have given Keith Richards a run for his money. (Source: The Telegraph)

6. The Curative Powers of Mercury

Why stick something in your mouth when it can cause an untold number of disorders and illnesses unto itself? Good question.

Its antiseptic properties made it great for cleaning out wounds. Dentists even used mercury for tooth fillings not so long ago. But then people started noticing the side effects of mercury poisoning, such as:

No amount of Pepto-Bismol is going to cure that. (Source: State of Washington Department of Ecology) 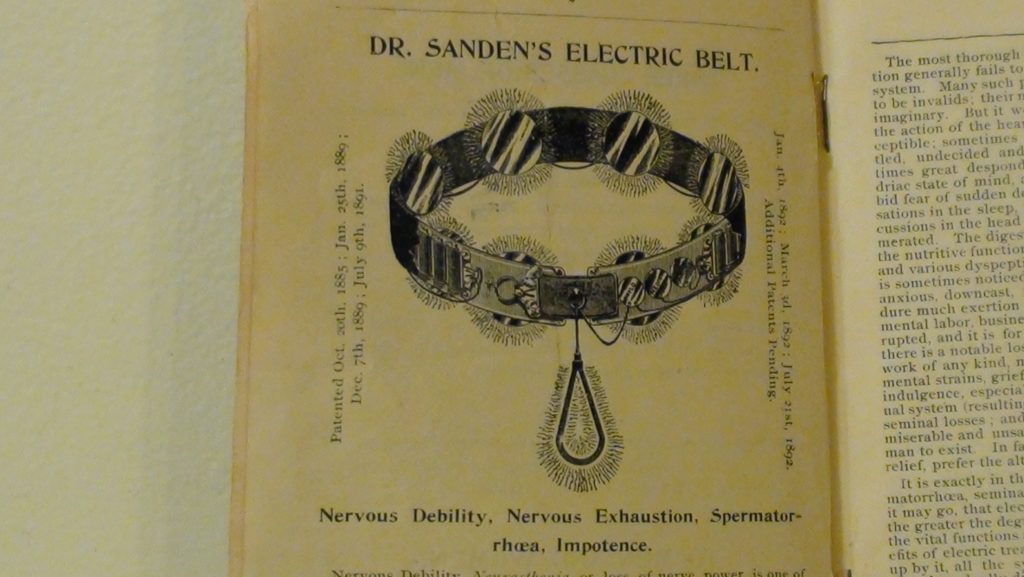 You know how electro-shock therapy has been discontinued because it causes irreparable damage to the brain while also being incredibly painful? It had other uses, too.

Some men thought they could solve their bedroom performance issues by doing that to themselves… but not on their heads. This goes beyond “Viagra on steroids”—this was incredibly painful, and probably caused lasting damage to men who took the treatment.

No, we didn’t swipe this idea from a Johnny Knoxville movie. It was a real thing. (Source: The Mirror) 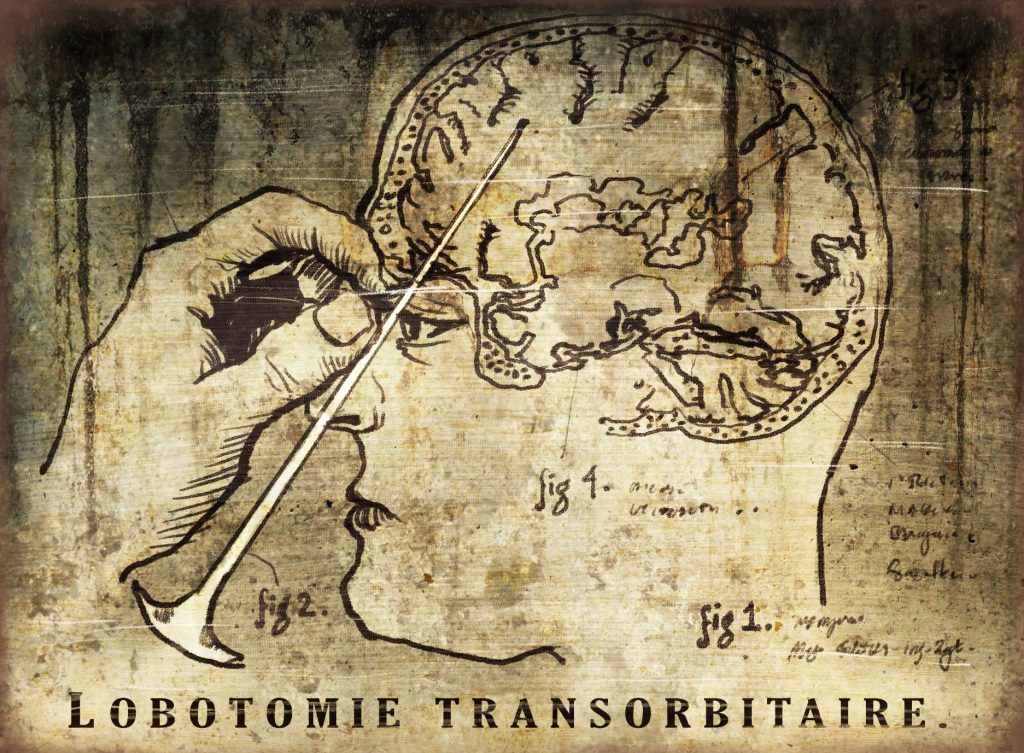 They say you only use 10% of your brain, so what could possibly go wrong in removing part of it? In all seriousness, the lobotomy was used as a treatment for misunderstood mental conditions, including “melancholy,” another holdover from the ancient medicine.

About 50,000 lobotomies were performed in the United States before the practice was discontinued in the 1950s. The benefits were mixed at best, and lethal at worst. Not enough patients showed any positive changes, while the rest turned into vegetables or came down with a bad case of death. (Source: New Public Radio,NPR) 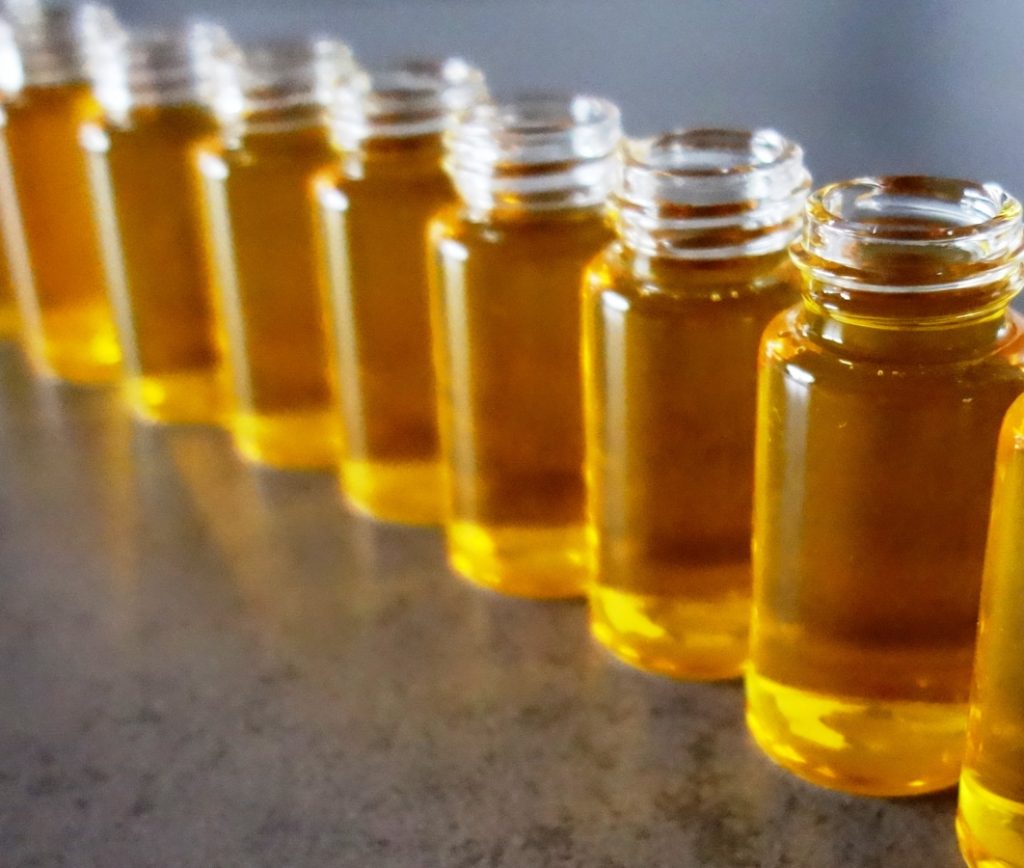 This one is a bit of an umbrella term, since certain cultures or beliefs call for using urine in different ways. Some survivalist aficionados might think it’s okay to drink it (it’s not, really), while an ancient Sanskrit text called the Damar Tantra suggested massaging urine into the skin.

The “sexy urine massage” has long since become unfashionable outside of homeopathic medicine, which isn’t taken seriously in professional circles. There haven’t been many dedicated studies on the benefits of urine therapy, but specific uses have generally been ruled out:

Remember this basic fact: urine is the liquid hat your body throws away. It filters out the nasty stuff that it can’t use, which is why we pee in the first place. Don’t put it back into your system. (Source: Gizmodo)

Cigarettes weren’t prescribed so much as they were distributed on a massive scale—during the Second World War, in particular.

The American Tobacco Company only figured out how to mass-produce cigarettes in the 1880s, and the industry grew around that innovation (much like Ford’s mass production of the Model T).

But the insidious part came in the World Wars, when the products were given to American soldiers on the European front as a part of their daily rations. Officers felt that they helped to keep troops calm while facing gunfire, so it became a standard part of daily life by the 1950s.

Even when the public became nervous about the problems associated with cigarettes, tobacco companies rallied with “medical endorsements” for their brands.

Know of a ridiculous old medical treatment? Don’t keep us guessing, and hit us up on Facebook!