The Great British Train Robbery: A Heist Made For Hollywood As kids we are taught that crime doesn’t pay. Unsurprisingly, like many lessons we learn as kids, this isn’t always quite true.

However, like many things, crime was better in the past. And back “in the day”, thieves did not just rob banks—they were much cooler and robbed trains. And this article highlights no ordinary train robberies…we are talking the Great Train Robbery.

So, what makes this particular robbery so great? What sets it apart from your average bank heist? For starters, the take from the robbery was £2.6 million (about $7 million then, and over $60 million today due to inflation and exchange rates).

The Great Train Robbery occurred in the early hours of August 8, 1963. The previous day, a traveling Royal Mail Train departed from Glasgow heading to London. The train was a travelling post office (TPO) “Up Special”. The travelling post office trains carried and sorted mail on the journey. This train had a special carriage on it known as a High Value Package (HVP) which carried money and registered mail. Usually the carriage only carried a few hundred thousand dollars, but since there had been a bank holiday in Scotland the previous weekend, the train was instead carrying millions of dollars in currency. 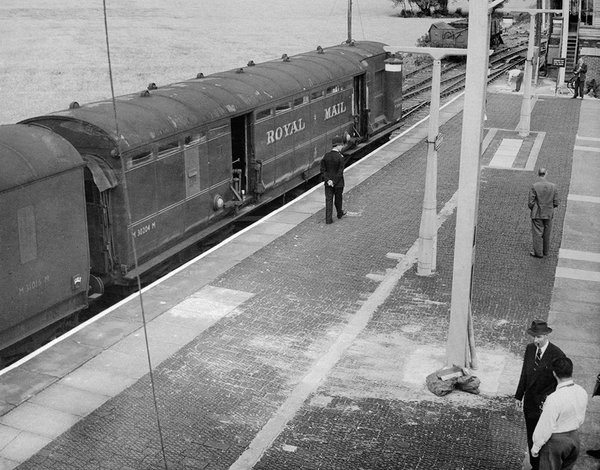 While the actual robbery occurred on August 8, the setup for it happened much earlier. The entire story reads like it could have been a sequel for Ocean’s 11 or another of the great heist movies. It started with an insider—known only to the robbers themselves as “The Ulsterman”. In 2014 it was revealed that the Ulsterman was in fact a man named Patrick McKenna, who was a postal worker in Islington, North London. McKenna’s position gave him inside knowledge as to the schedule of the train and its contents. 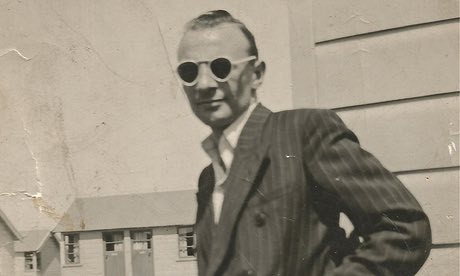 McKenna was introduced to Gordon Goody and Buster Edwards, his two contacts with the train robbery gang. Goody and Edwards recruited at least 13 other men (making a total of 15 in the gang—though some sources say there was one more) to take part in the train robbery—sounding like Ocean’s 11 yet?

The train robbery was planned in a relatively civilized fashion (as far as these things go). Roger Cordrey, one of the gang members, wired the signal at the side of the track to indicate the train should stop. Obeying the signals, the train stopped. As the driver investigated the tampered signal, the gang rushed the engine and took control of the train.

Now on the train, the robbers were met with a challenge; things were not going quite as smoothly as they had planned, and Jack Mills, the train’s driver, refused to relinquish control of the train. He was hit over the head as he tried to protect his train (an injury from which he never fully recovered), and in an unexpected turn of events, the man the gang had brought along to commandeer the train was unable to operate it.

Since the train was stopped in an area too steep to unload the money, Mills was then forced to move the train to a nearby overpass where the money was unloaded into vehicles, and the gang escaped in two Range Rovers and an old military truck. The whole robbery from start to finish only took 30 minutes, but due to a strict timetable, a small amount of money was actually left behind.

After the robbery, the gang hid out at Leatherslade Farm, which they had rented through a crooked solicitor just for that purpose. They had thought the plan would never come under suspicion and that it would be a safe place to lay low until the police investigation had passed them by. 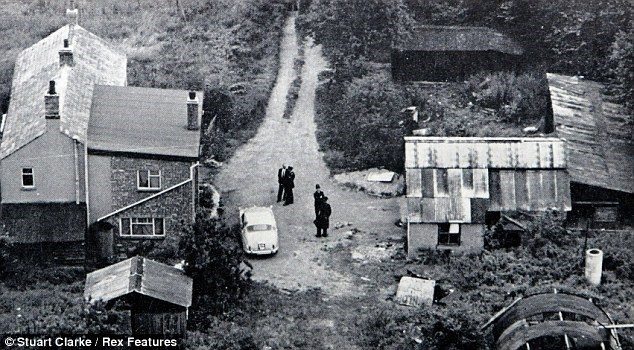 Unfortunately, the gang had to contend with the legendary skill of Scotland Yard. The train employees had heard the robbers say to not move for 30 minutes. They relayed this fact to the police, and a search began. Monitoring the radio, the crooks were aware that the police were going to find the farm much more quickly than planned, so they divided the loot and fled. They wiped down many of their fingerprints, but not all of them. Fingerprints remained on the Monopoly board game they had played to pass the time, and on a ketchup bottle.

Legend has it, the robbers passed the time playing Monopoly with real money. This would not have been a problem if their plan to burn the farm down had gone through, but the man they hired to torch the farm took their money and also fled. A local, suspicious of the increased traffic at the farm, tipped off the police who found the evidence, and a few weeks later the robbers were in custody and on their way to a collective 307 years sentence in prison.

You might think the story ends there, but you couldn’t be more wrong. Ronnie Biggs, one of the robbers, was sentenced to 30 years in prison…but he escaped, had plastic surgery, and went on the run to Australia and Brazil for 36 years. Charlie Wilson, the gang’s “treasurer”, also escaped from prison and went on the run for four years before he was captured in Canada.

With a story like this, it should be no surprise that this robbery has also found a home both on the big and the small screens. The Monopoly board game used by the robbers has been featured on Antique Roadshow, and the story of the robbery itself has been made into multiple miniseries (most recently a two part series for BBC One).

As the story of these robbers has proven, crime is a complex thing. Police recovered approximately 10% of the money. But before you go treasure hunting you should be aware that due to changes in British currency over the intervening years, most of the currency that was stolen, is no longer legal tender. So, if you are thinking of becoming a treasure hunter in search of the missing funds, you might just be heading down the wrong track.