When you’re standing near someone who is speaking in a language you don’t understand, do you ever wonder if they might be talking about you? I used to tell myself that I was just being a bit paranoid but it turns out that I wasn’t so paranoid after all. From intimate confessions to rude comments to thinly-veiled threats, bilingual people have overheard plenty of things that others assumed no one else could understand. If it’s really something you shouldn’t be saying, it’s best not to say it, whether or not you think the people around you don’t understand.

Like the saying goes, if you don’t have anything nice to say, don’t try to hide it by speaking another language. I think that’s the saying. I speak English and French and I live in Quebec. Everyone knows how some french Quebeckers don’t take too kindly to the English. So I’m at a café ordering in English because I’m in between classes and screw it, it’s 7:30 a.m. and latte is pretty much the same in both languages. The cashier looks at me like I had puke all over myself and walks over to her manager and says in French, “Take care of that Anglo, when will they understand that it’s French in this province?,” at which point I turned bright red and I said in French, “Pardon? Can I not order a coffee without having to have a political debate? Would you not serve travelers or immigrants?”

Free coffee for a year. I’m Asian and I live in France, so my French is pretty fluent (spoken, at least). I was visiting some friends in London last summer and on the tube, there were a group of 5 French tourists standing around and pretty much complaining about EVERYONE else in the tube, saying that Brits are so ugly, dissing how they dress, really petty stuff. I was already side-eyeing the crap outta this group but pretty much kept to myself and my friends.

Then the tube started getting really crowded, and we had to move in nearer to said French group. I accidentally bumped shoulders with one of the guys in the group and he proceeded to groan loudly then turn to his friends and say “All these horrid Asians, they’re everywhere… Go back to China, what a jerk.” His group started laughing and looking at me. At that point I saw white and COMPLETELY LOST IT.

I turned around and addressed his whole group calling them out on their ignorance and racist garbage, telling them off for being the exact stereotype of French tourists that ruin the reputations of the decent French people out there, and assuming that no one else can speak their language while traveling around in Europe, for Pete’s sake. Ended by saying if you don’t want to see any other races or ethnicities you should probably stay in that hole you call a home and not travel abroad if you’re gonna act like a massive jerk.

Everyone was looking at me at this point. My friends were like “what the heck” and trying to get me to stop. I just said loudly in English to everyone else that this group of French people were making racist statements and deserved to be called out. They all pretty much turned red and one of the other people in the group mumbled a quick apology and they got off the tube at the next stop. 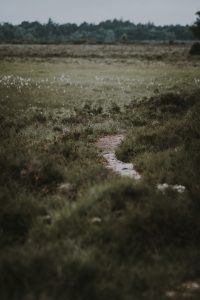