Generally, stereotyping is a rude and foolish thing to do. However, in some cases, people’s behavior fits a stereotype so perfectly that it reminds you where the cliche comes from. We need a way to predict the actions, likes, and dislikes. of new people, after all, and a stereotype is a good place to start.

One of the most pervasive and (unfortunately) accurate stereotypes is that of the quintessential “rich person.” Many of us have interacted with a rich person who almost seems like a caricature of privilege because their actions and mannerisms fit so well into what the stereotype predicts.

This article is full of stories written by staff at high-class establishments, sharing the time some millionaire guest did the most stereotypical “rich person” thing they’d ever witnessed. 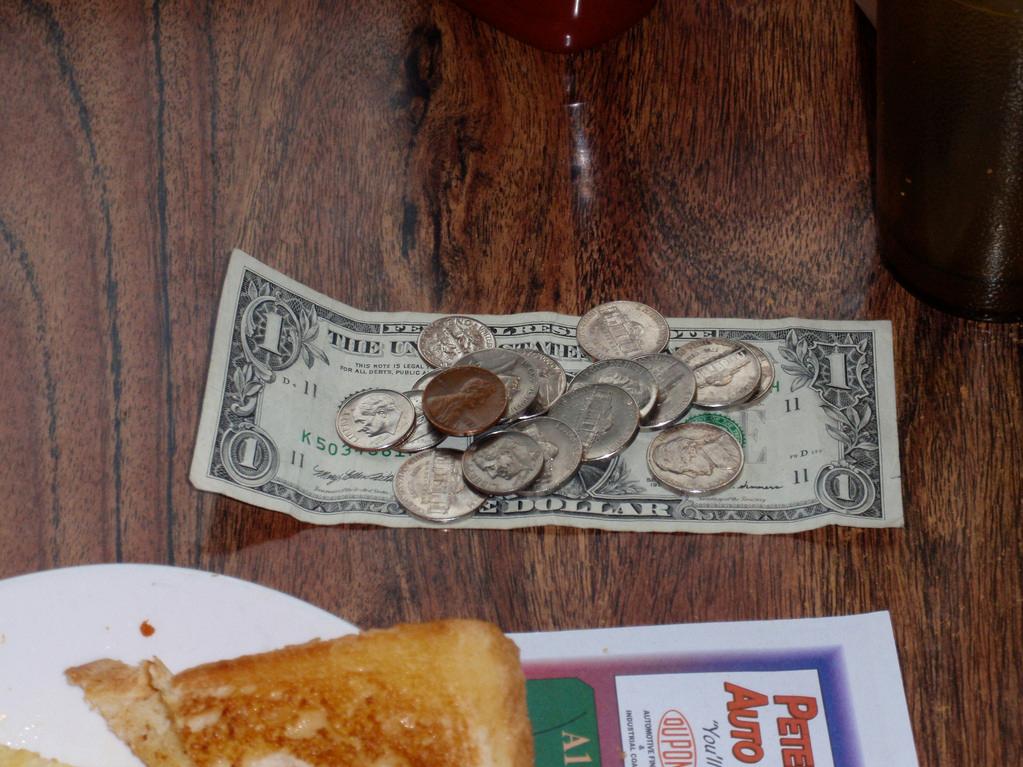 45. Snapping And Not Looking

I was at a nice hotel in Berlin, eating breakfast, and there was a couple next to us — a man behind his newspaper, and a woman reading her iPad.

The man did not look up from his paper, but actually reached his hand way above his head and snapped to summon the waiter. And when the waiter didn’t appear within a nanosecond, he lifted his hand higher and double snapped. He didn’t even look at the waiter when he arrived, just ordered from him around his paper. 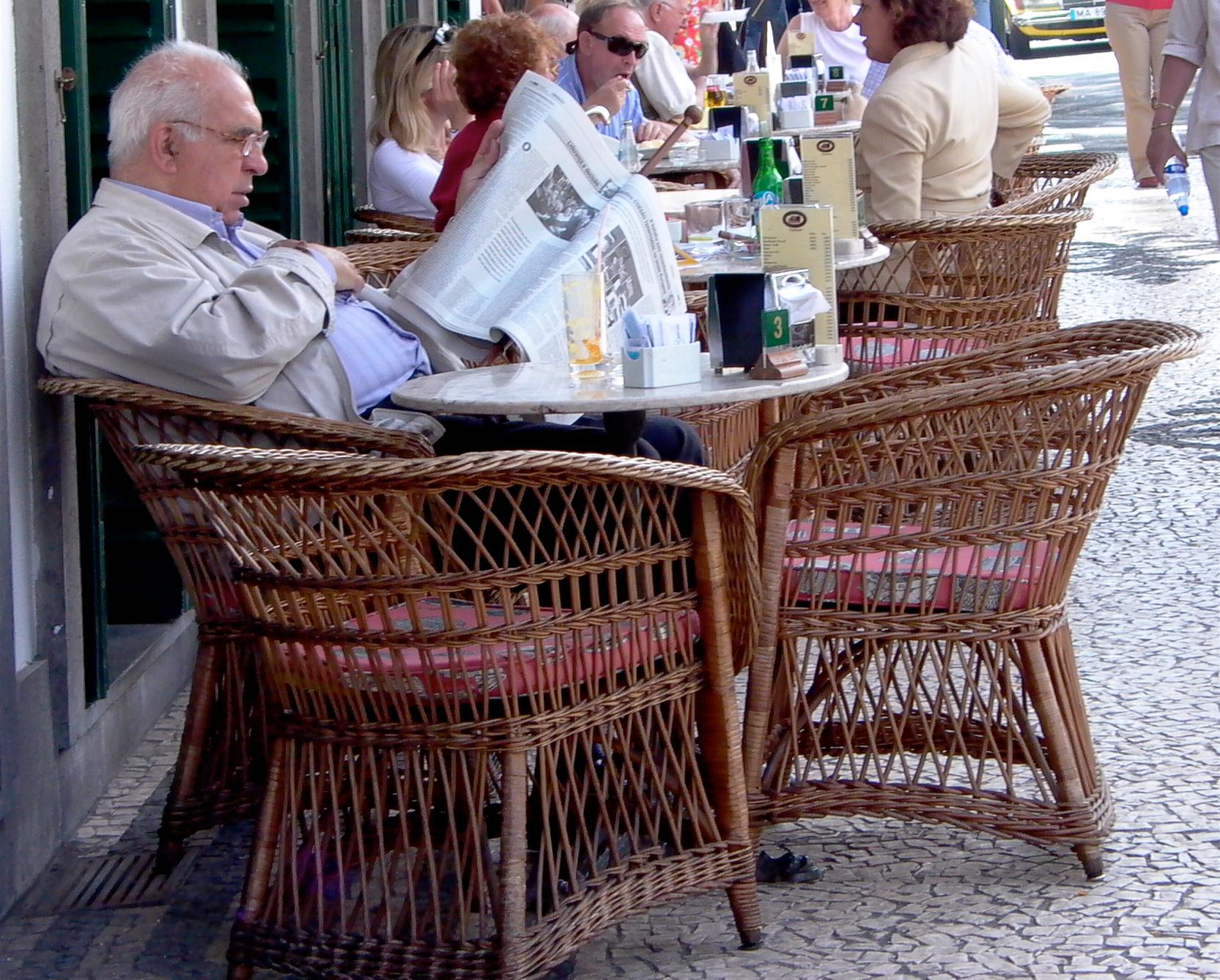 44. Lucky Person Next To You

I interviewed at a large hotel attached to a casino, and while I was being shown around the front desk, a woman walked up, said nothing, and got room keys after being greeted by the front desk agent. She immediately turned and walked away.

Then the manager who was interviewing turned to me and said, “That’s Mrs. Richladypants. You never ask her for her name, her ID, or god forbid a credit card. She stays here comped once or twice a week because her husband spends so much in the casino. If you upset her she will yell at you and then hand the person working next to you a $100 bill just to spite you.” 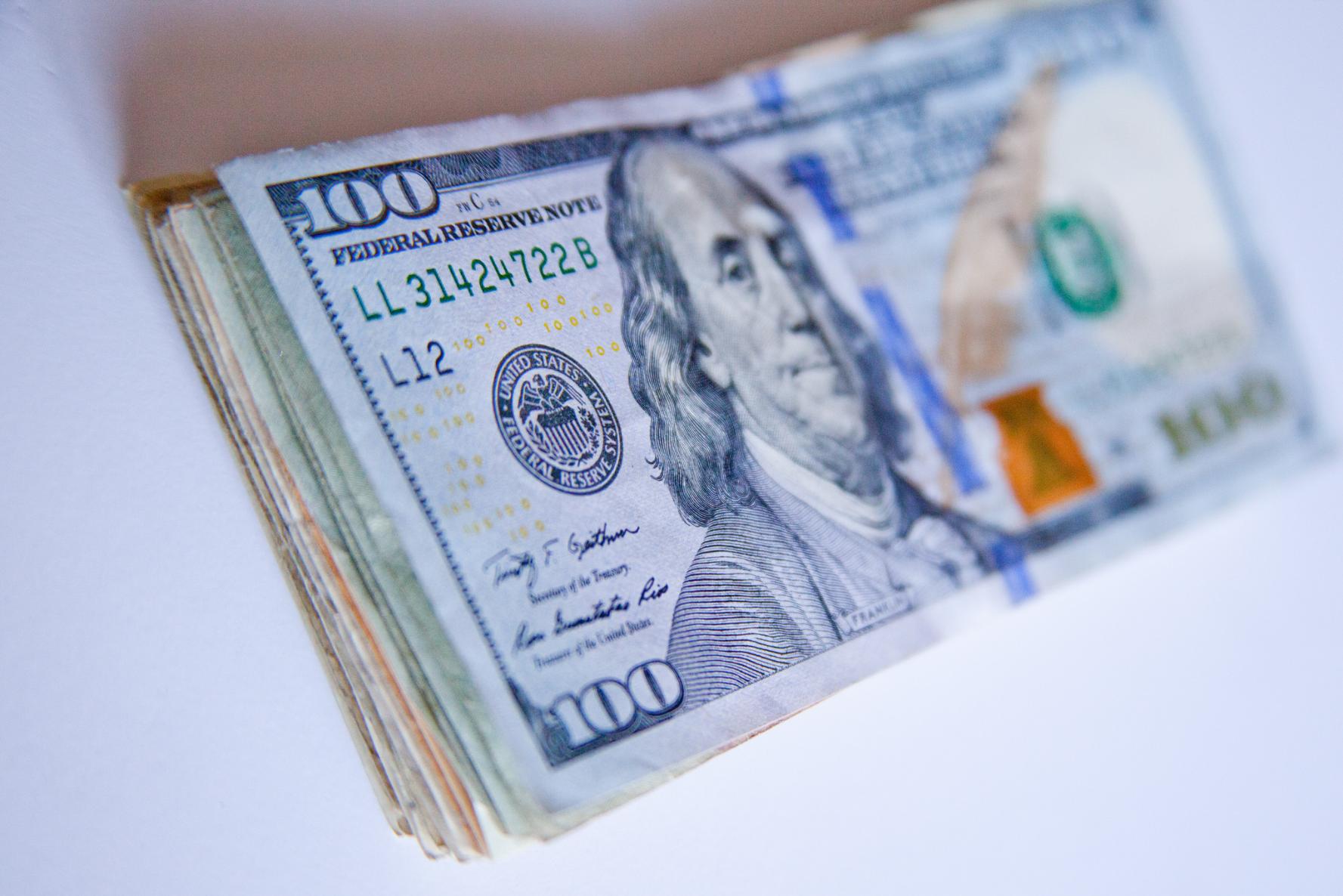 My uncle works at a very upscale restaurant on a very well-to-do and desirable vacation island in the Atlantic Ocean.

One of their regular customers is a billionaire oil guy. My uncle has told me that if he really likes the meal, he will go through the restaurant and, in front of everyone, peel off crisp $100s from a giant roll of money in his pocket and tip every service person whether they helped or not. 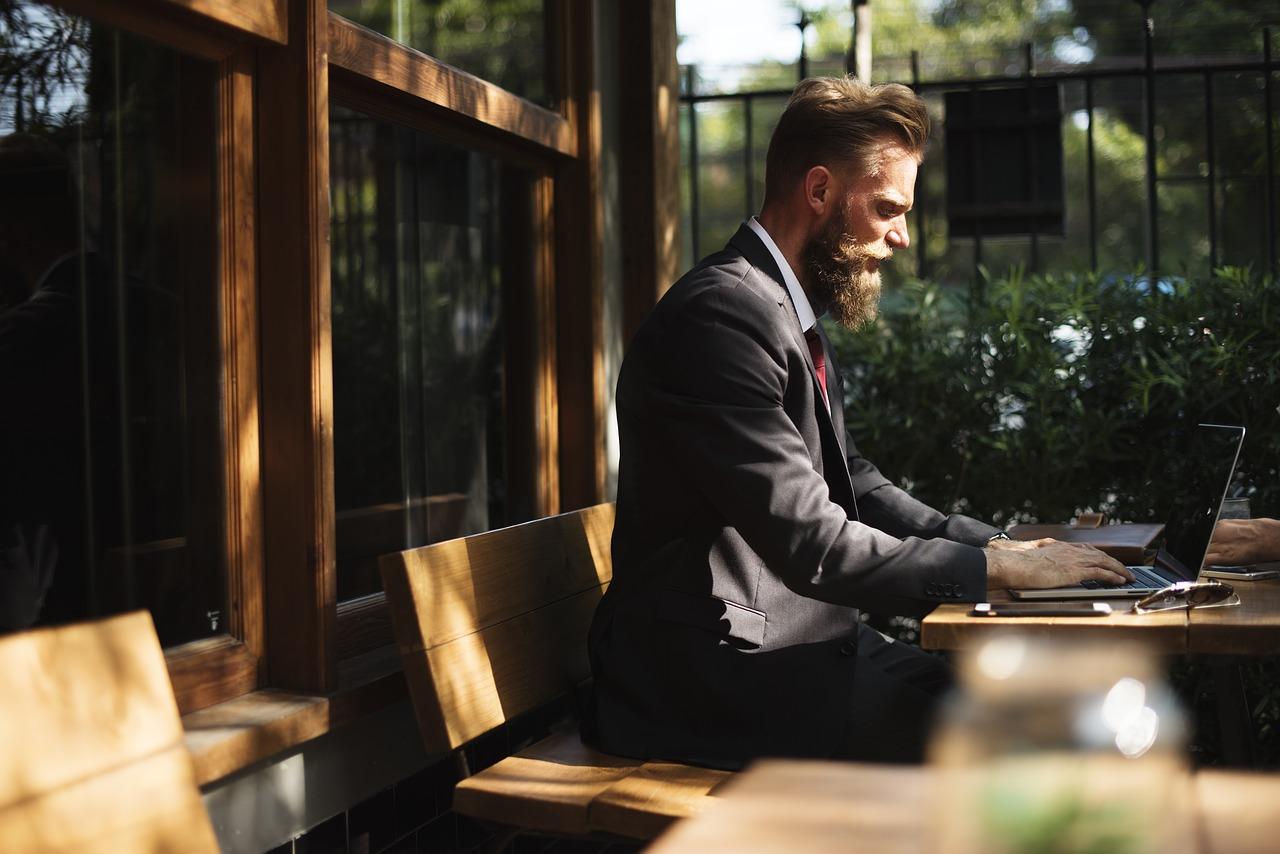 My brother was an apprentice cook in one of the most prestigious hôtels on the French Riviera. That week he was assigned to prepare the free tapas/amuse bouche they were giving at the hotel bar for customers.

This super famous french actor came in. He played a lot of comic roles, so there’s this pleasant aura around to him. All day long he requests more of the free appetizers. He was getting mad at my brother when he didn’t prepare them fast enough because he was hungry. It totally changed our view of the guy in his movies. 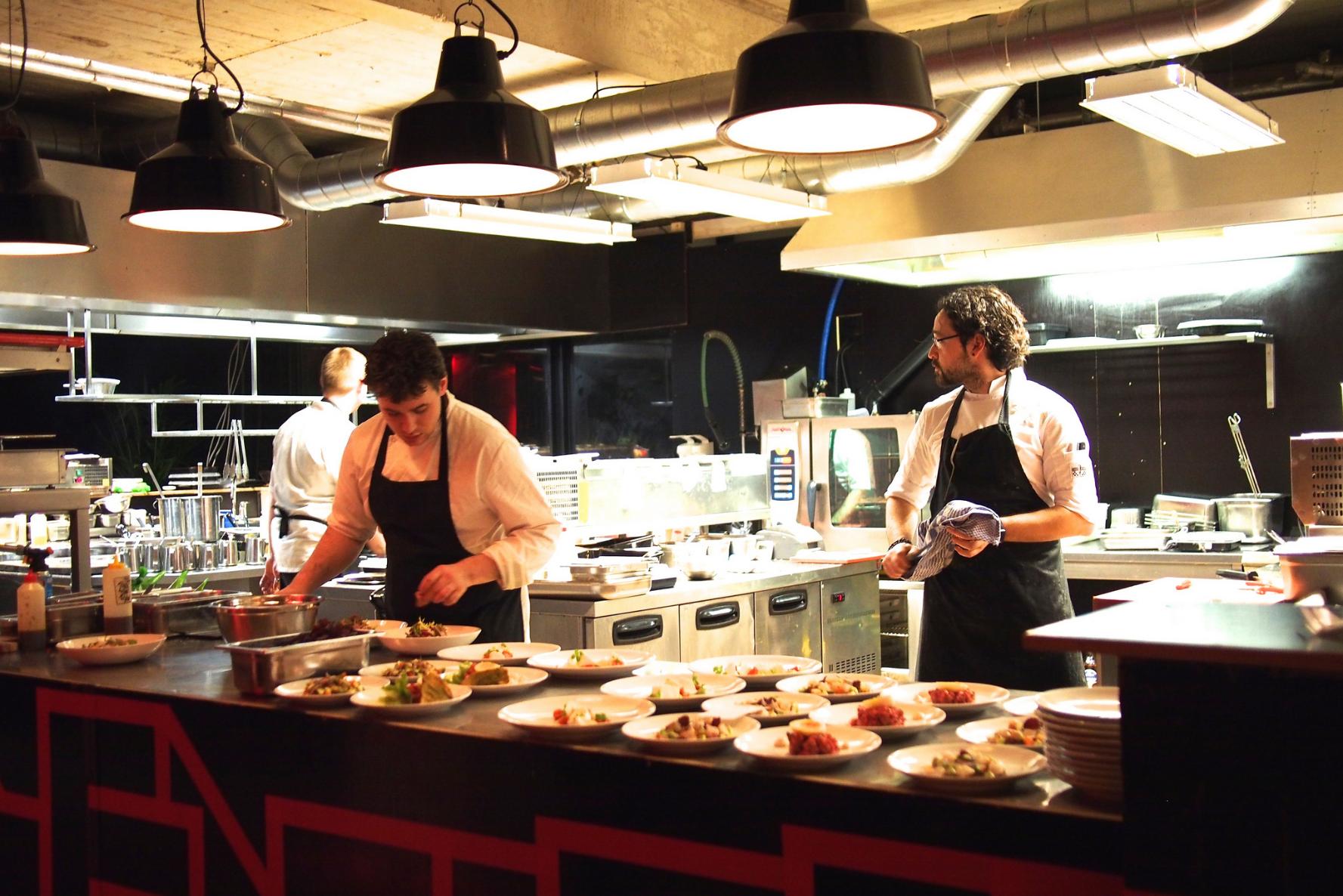 A million years ago I worked at a restaurant, and we had a woman who would come in once or twice a week and order the same dish with a ton of modifications. She always had the server change the plate, linens and silverware when she got there, and had other oddities that I can’t remember. None of this was a food allergy; they were all just quirks.

We eventually made her own code in the computer for “Salmon Lady”, and as soon as she came in, the hostess sent that order to the kitchen. 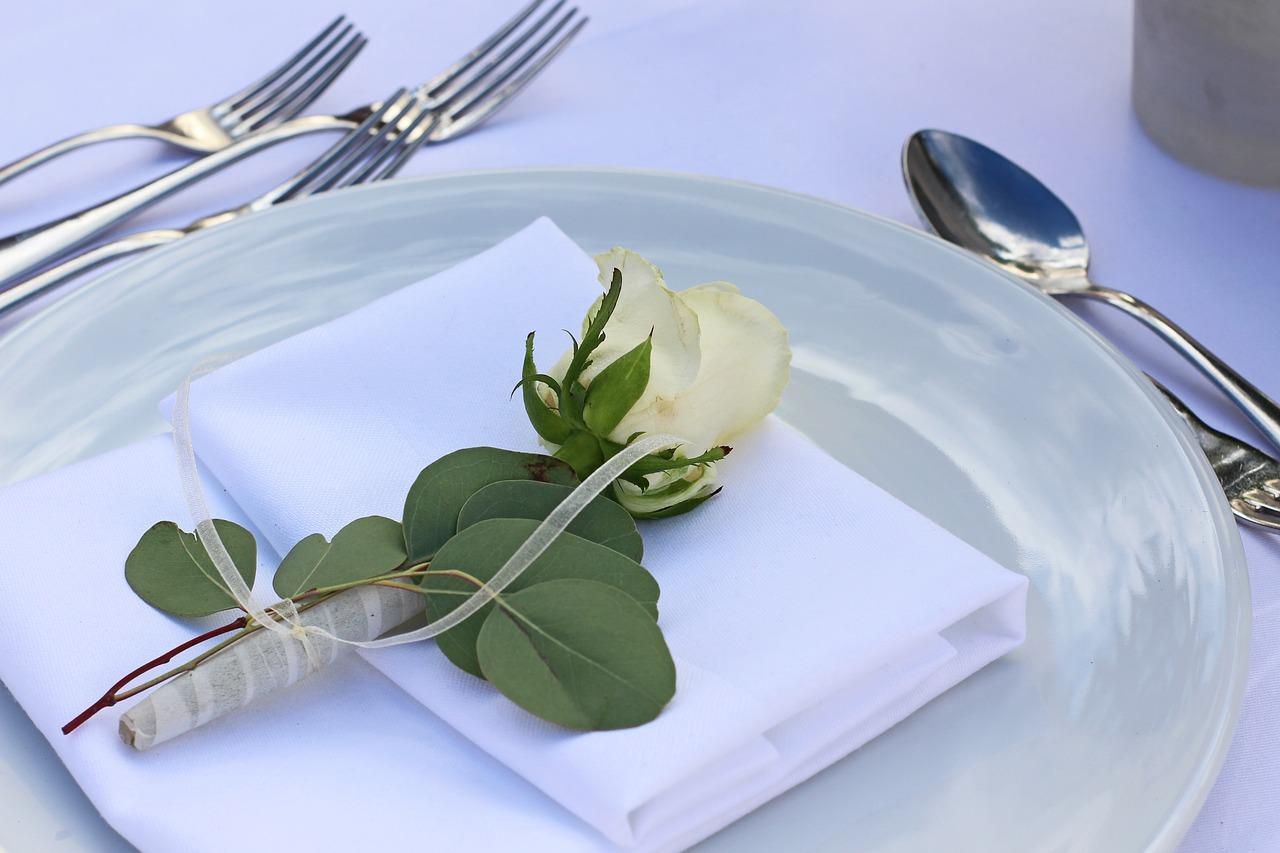 When I was working nights at a ritzy hotel many years back, a lady came in to reception. I say ‘lady’ because she definitely was — she just reeked of old money. She had a guy in tow, wearing a grey suit. As this was about midnight on a Friday, I immediately clocked him as a chauffeur/aide type deal. No problem, I’ve seen that before.

She asked if we had a room for the night. “A decent one, please. A suite, ideally.” No problem, we had a suite available. I told her the price — as night manager I had the freedom to charge pretty much whatever I liked, if it meant making a sale. But for her I charged full price. Screw it, she looked like she could afford it. She didn’t bat an eyelid.

Then it came to her chauffeur guy. “Do you have a servant’s quarters for my driver?”

I gave her the price for one of our standard rooms, and she screwed up her face. “Oh no, that’s too much. Don’t you have, like, a staff house or something he could stay in? I’d really rather not spend money on an actual hotel room for him.”

She said all this with the guy standing right next to her. I felt really bad for the poor guy and wondered if this was usual for him. 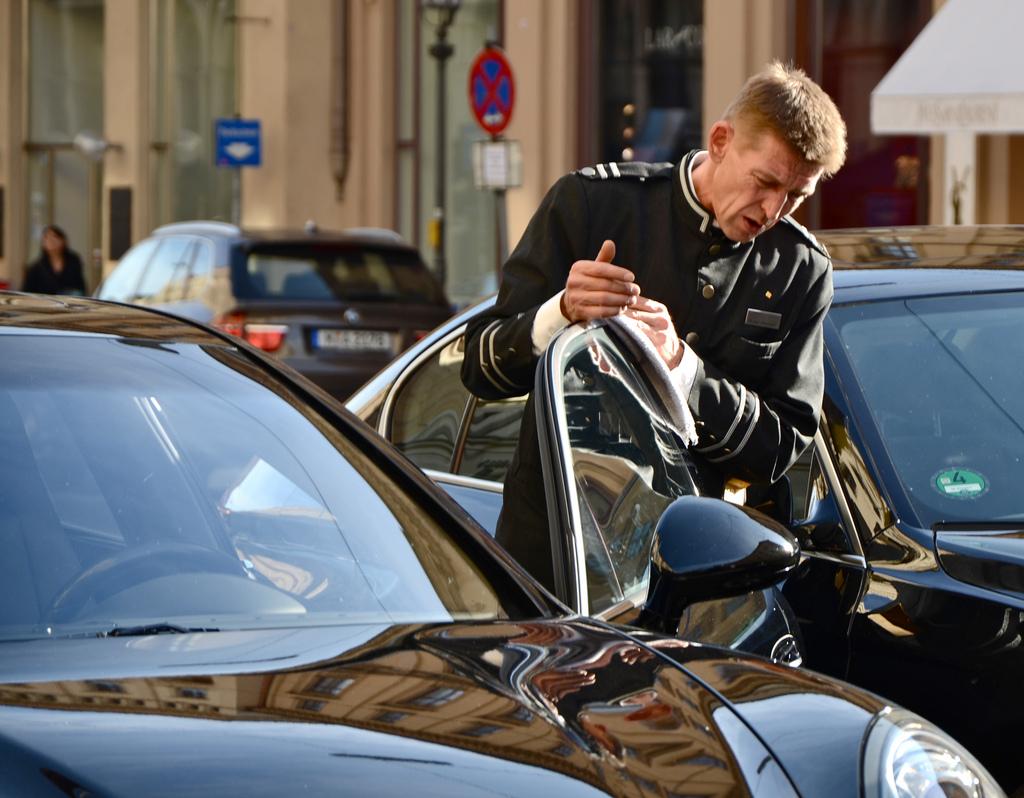 A wannabe rap crew was in town for a music video they were shooting. Their leader was the only guy with money; the rest were just followers.

He threw an expensive bottle of wine on the floor and had his friends videotape him making gang signs over the mess; this rapper was not happy and neither was his they when they found out what it cost. It was only $200, but they refused to pay for it! Not because of the price but because they honestly believed they didn’t have to pay for it if they didn’t drink it. 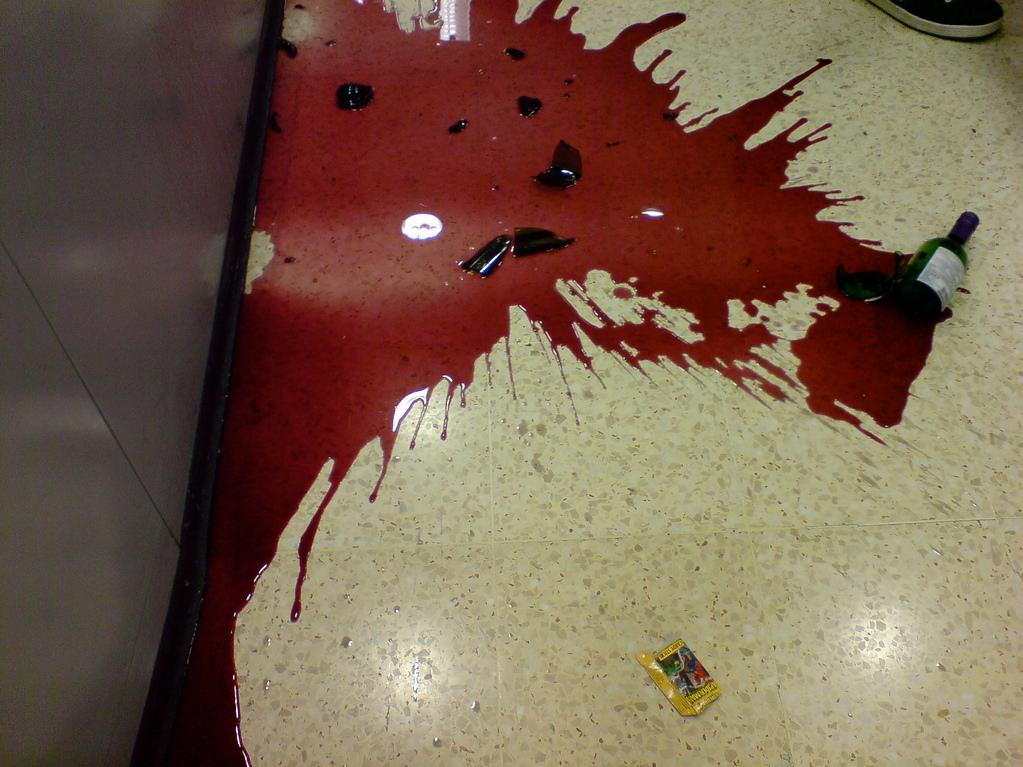 I work at a luxury property in California, and we had the co-founder of a large payment processing company stay with us a while back. He only liked to sleep on his own bed, so when he woke up that morning, he paid a team to load his bed into a truck and have it delivered to our property. We then removed the bed in his luxury suite and set up the bed that his team had brought us. He only stayed with us one night and the process was done to send the bed back home the following day. 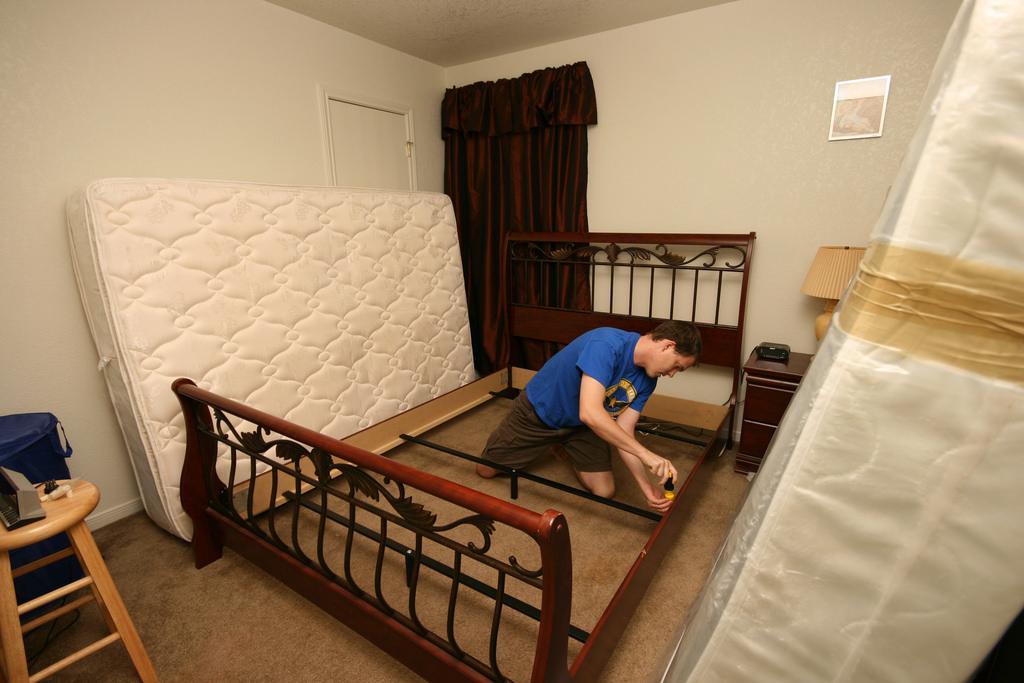 There‘s a thing in Stockholm’s rich kid district called “vaska.” Basically, you order an expensive bottle of champagne, pay for it, and watch how the waiter wastes all of it by pouring it down the drain (some places let you do it yourself).

Sadly, it’s an established thing in these kinda circles, like, it‘s on the menu cards and all that. Honestly the dumbest way of flexing I‘ve ever witnessed. 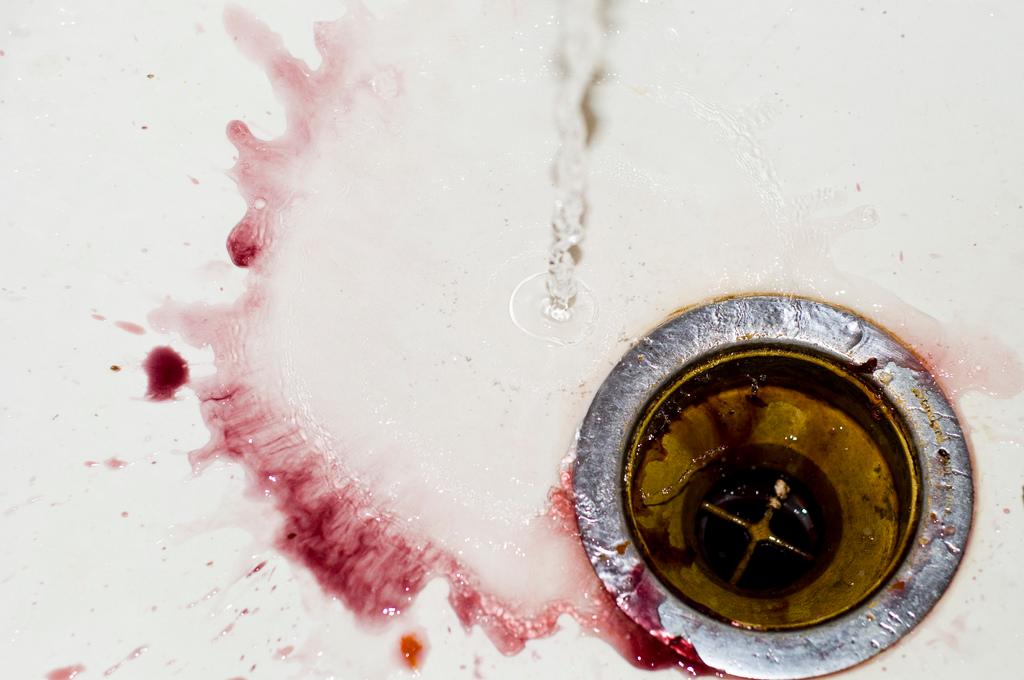 I worked at a nice restaurant in downtown Portland. One day a lady called to make a dinner reservation for a large group. But first she starts asking all these questions about “security” (we had none) and how I thought the staff and patrons would handle a “celebrity” dining there.

Is there enough space to be private? They like to be private. Would it be okay if they brought their own security, to stop people from taking pictures and such? etc. But of course, she couldn’t name names. I rolled my eyes, told her whatever she needs to do, and booked the date and time.

Yes, I was super curious who it would be, and stayed past my shift to see who walked through the doors when the big night came. The group arrived, and it was… no one. Not one of us who worked there recognized a single member of their party. They sure acted like they were someone, but all we saw was a loud group of snooty-looking 20-somethings. They actually did bring a “bodyguard” who stood in the corner with sunglasses on the whole time. 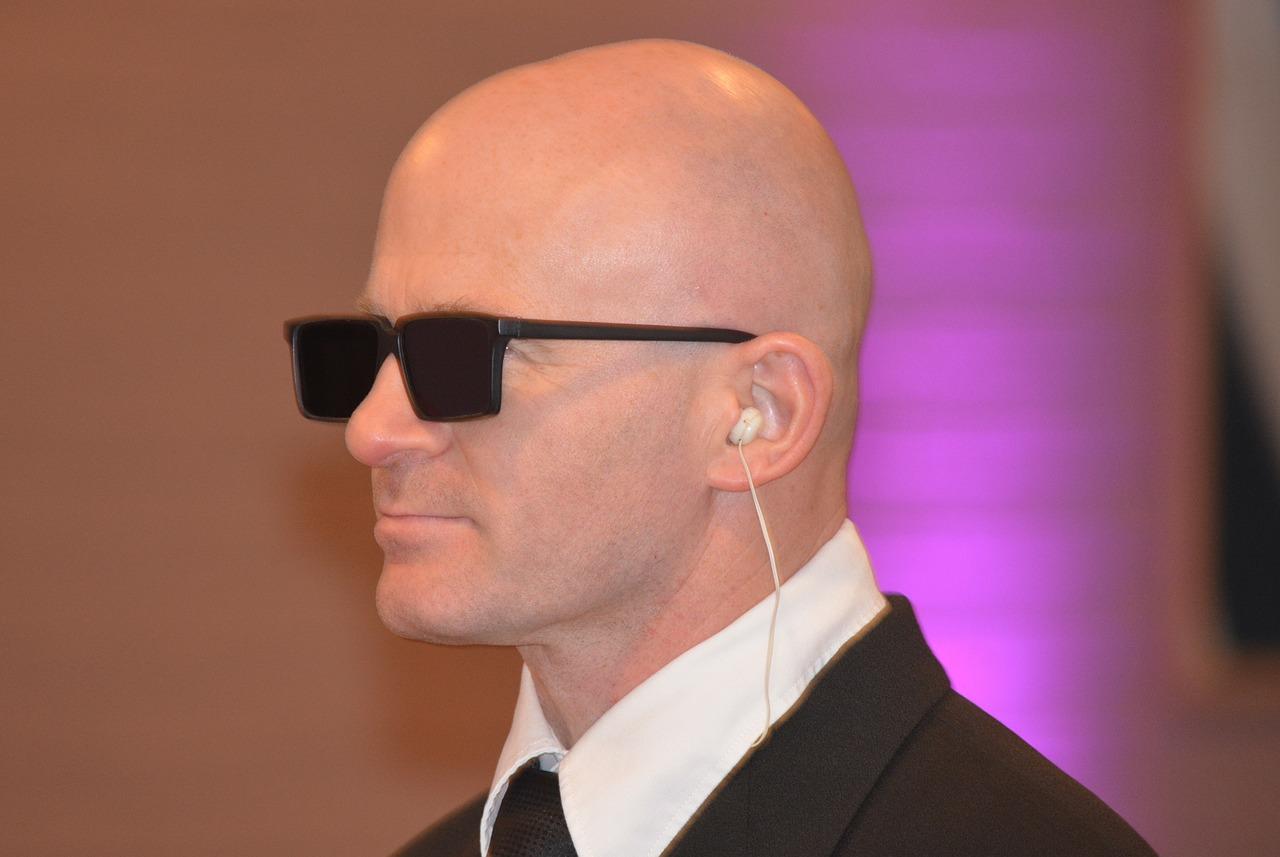 35. Remove This, I Have Better

Had a business dude rent one of our apartments for 3 weeks at this fancy hotel I worked at. On the second day, we get a maintanence call; he wants us to remove the TV. Not replace it, just remove it entirely.

The housekeeper I went up with maintenance to clean up any mess from the move and got to see it all. The guest was removing our TV — because he went and bought his own. Bigger. Flashier. Brand new. There was also a brand new (I cleaned up the packaging) PS4 he was hooking up to his new TV. 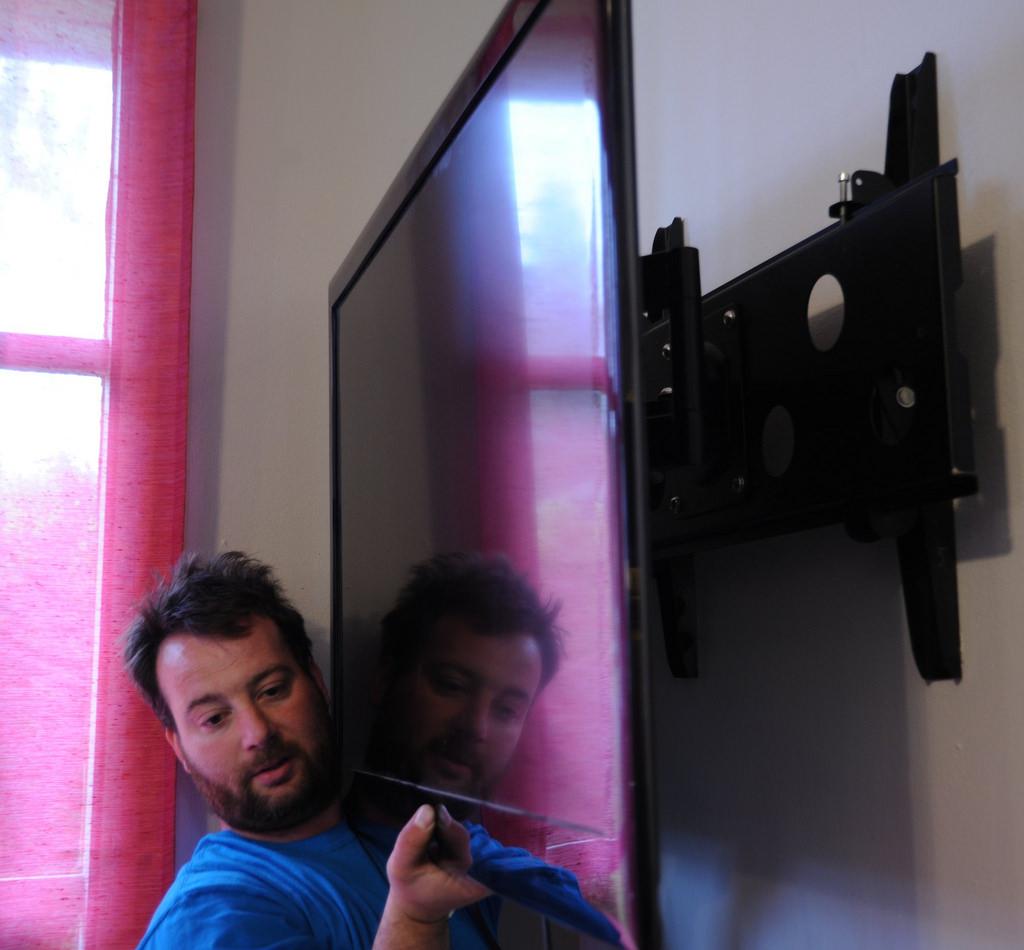 Ms. Linda came by our swanky Starbucks in her old school Mercedes around 4:45 am every morning (we opened at 4:30) accompanied by her dog. She would INSIST we brew a new batch of coffee when she ordered it or else it wouldn’t be fresh. Given her consistency, we eventually just started waiting until 4:45 to brew our first batch. 4/5 times she would take a sip and ask us to brew a new batch. All while sitting at the drive thru window.

Granted, there was almost never anyone behind her, but it meant she could watch me grind new beans and wait the full 5 minutes for it to brew. She wouldn’t accept a pour over cup, nor could we take coffee from the urn before the full batch finished brewing. 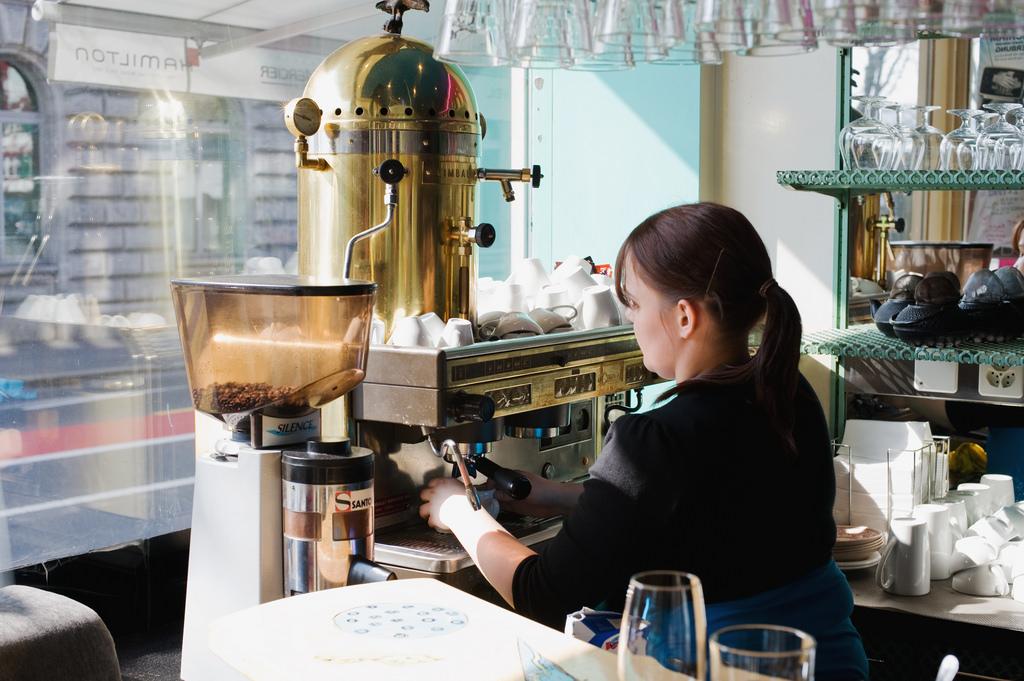