Work stinks. So what if you just decided one day to walk into the bosses office, tell them you quit, walk out that door and just travel the world. Well, it could never work out, right?

It’s interesting you ask that because we have scoured the internet and found some stories of people who did just that. Before you decide to follow in their footsteps, maybe check out how it worked for them first. 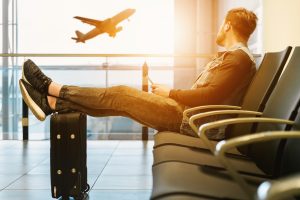 25. Take The Last Train To Istanbul

When I was 26 I finally had enough of my job, and spur of the moment handed in my resignation. With no idea what I was going to do next, I decided to just go travelling. Came up with this idea of going all the way to Istanbul by train (I live in the UK), and set off by myself. When I first set off, I was terrified, and thinking “Just try it, and if you don’t like it you can turn back” – and I found out that actually I love travel more than anything.

Came home a few months later because I’d run out of money (hadn’t had much saved up to start with because I’d never planned on going travelling), immediately got a job (maternity cover at my old company) and started seriously saving for the next trip. Moved in with my parents to save money, and did nothing but work and go home to save as much money as possible. After 12 months, the woman I was covering for came back off maternity leave, and I set off for 7 months travelling around Asia. Came back in December, just finished my TEFL course and planning to go back to Asia as soon as possible to teach English.

So from being stuck in a dead-end job, suffering from crippling shyness and no confidence, I’ve gone to travelling around the world by myself. I’ve always wanted to be a teacher, but never thought I could – but whenever I lose confidence now, I just think “come on, you’ve been to (insert country here) by yourself, and you can’t talk to a few kids?” And it’s given me ambition – not just to travel, but to see if I can get into teaching as a career.

But all those people who said “oh, go for a few weeks travelling around Europe and you’ll get this travel thing out of your system”….yeah, that didn’t work out so well 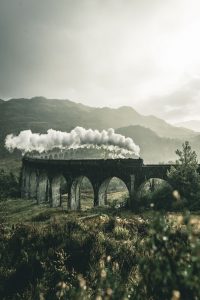