Jay Moon
Lights Off
There're not many tasks these days that folks in the western world would do for a paltry three dollars, especially a labour-intensive, time-consuming one.

Sure, the neighbourhood kids with their boxboard lemonade stand might be willing to pour drinks at your next Beyonce appreciation barbecue, but you’re definitely not getting any ice for that price.

In the United States, those having to repeatedly ask the sometimes dreaded “do you want fries with that?” question make at least a federally regulated $7.25 (US) an hour. In Britain, add another two dollars (US) on top of that for what that country considers being a fair minimum wage. But in poverty-stricken Bangladesh three bucks buys you a lot if you happen to own a ship breaking salvage yard.

That’s all you have to pay an employee for putting in a backbreaking 12-16 hour day in perilous and unregulated working conditions. For those looking at it from a worker’s standpoint, that’s less than $0.25 an hour trying to just stay alive.

Ship breaking is the fate that awaits ocean-going vessels that have reached their end-of-life phase and are taken out of service, usually after 25-30 years of wear and tear. Which is really just a romanticized way of saying that these ships are beached on the shores of a country like Bangladesh that is so desperate for cash and steel resources it’ll do just about anything to get its (usually unprotected) hands on either one.

According to a study published by the NGO Shipbreaking Platform, last year (2015) 768 ships ended up in ship breaking yards split between Bangladesh, India, Pakistan, China, and Turkey. Of those, Bangladesh’s approximately 145 dismantlers, many situated in the area around the country’s second largest city of Chittagong, accounted for 33% of the 24 million gross tonnes of materials recycled from ship salvaging. 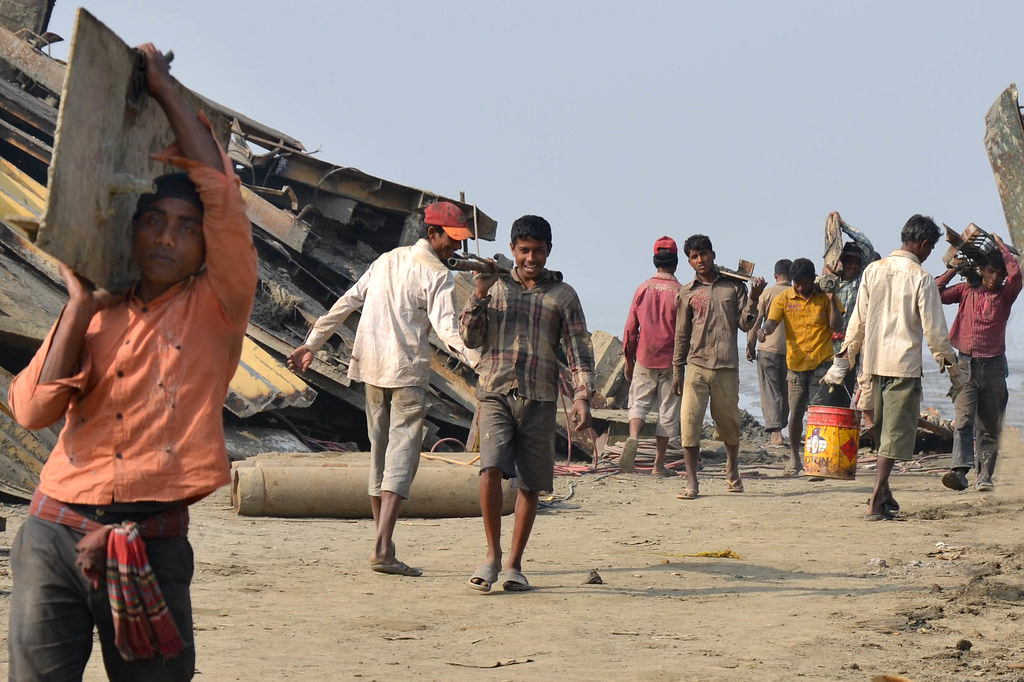 The breaking portion of the equation involves a thorough gutting of the ship, stripping it bare of anything and everything. Primarily by hand. And after climbing heights up to 20-30 metres (66-98 feet) on rope ladders. This includes hazardous waste materials such as asbestos, PCB (polychlorinated biphenyl), lubricants, and in the case of tankers, residual oil.

Provided it doesn’t explode or catch fire from the sparks of a nearby blowtorch it’s a safe bet most of this flammable and toxic sludge cocktail will be dumped into the surrounding water and onto the shore, where it will either be taken out to the sea when the tides go out or left to be walked on (and through) by barefoot workers wearing no protective gear.

On old cruise ships there might be a stack of plates left behind, and the odds are marginally better that removing them won’t kill you. Regardless, every square inch of steel is salvaged-no small feat considering these behemoths of the ocean are designed and constructed to not come apart, for very obvious reasons.

So why has an industry that has an estimated 25% of its workforce under the age of 18 and averages two workers a month killed and many others seriously injured on a daily basis continued to thrive with little or no government intervention? Not to mention the environmental impact on the region?

Supply and demand, that’s why. An estimated 80-90% of Bangladesh’s steel comes from ship salvaging, and that steel is then melted down and used in the construction of new buildings across the country. 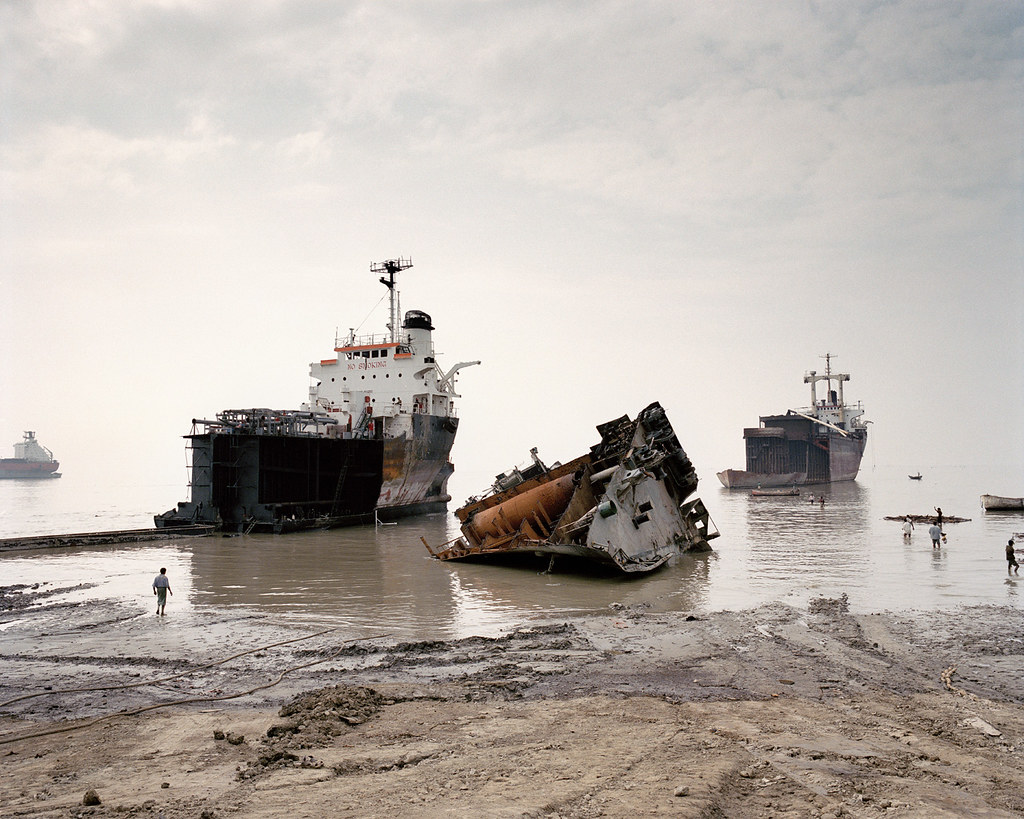 So the next time you’re on a cruise ship (or oil tanker if you’re the comedian of the crew) and you’re doing your best “I’m the king of the world!” over the bow, think of the poor chap a few years down the road who might end up having to nearly kill himself to get at the steel railing that’s keeping you from falling 60 feet. Chances are he’d rather be asking you if you’d like fries with that.